♡ Stand Up and Shout by Maria Bernard​ ♡ 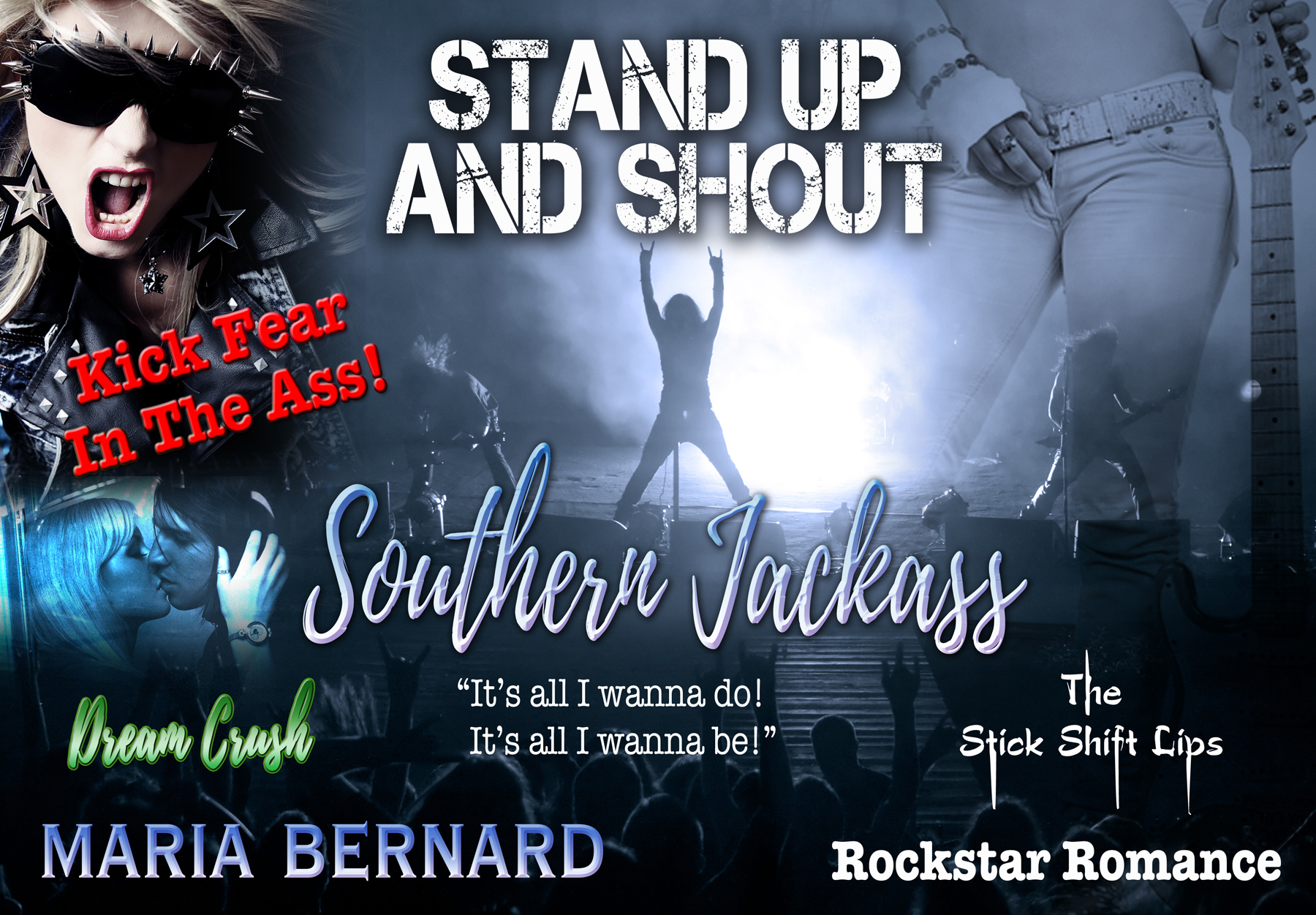 ♡ The story behind my contribution to this awesome Boxed Set!

♡ This is a story about Kicking Fear in the Ass and Claiming your Destiny!

If you’ve read my Stick Shift Lips Series all the way through, you’ll remember young Southern Jay from Dream Crush, LA Summer. Poor kid, he went through the ringer in that story. But no worries, Ashton Wright, frontman of my headliner band, lovingly referred to as the SSLs by readers, took a real liking to Jay and recognized the true talent behind the stage fright. Others may have given up on Jay, but not Ashton. He’s taken him under his wing for the last few years. Now, hopefully, all Ashton’s hard work and mentoring will come to fruition when he takes a giant leap of faith and signs Southern Jackass (Jay’s Fledging band) up for a huge rock festival in Las Vegas of all places! Suffice it to say, Jay is scared shitless! But not that he would ever admit it out loud.

Worst part is, Southern Jackass is slated to be opening band to take the stage on Friday afternoon at the Get Rocked Music Festival! ► O…M…G!!!!

Now the real question is, will Jay freeze up again like that tragic night in LA? Oh, and did I mention that not only will the world be there to watch him sing and possibly make an ass of himself, the entire band of the ultra-successful Dream Crush ► Sofia, Jet, Jack and Paul will be there too!

Trust me! This is a nightmare for Jay. The pressure is on! Not only for Jay, and Ashton, but for Jay’s band, Southern Jackass. Alex, bassist, and Luke, drummer are about ready to kill Jay. Thankfully, Jay’s got an angel on his side. Enter Alice Electra, gifted guitarist who isn’t afraid to kick Jay in the nuts to get the job done!

Add it to your Goodreads TBR