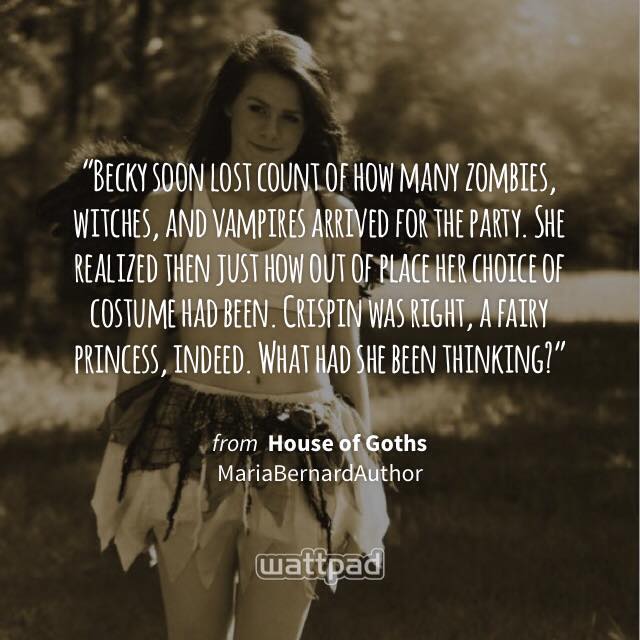 After a year on Wattpad, the time has finally come to release my pet project to the world. While this is exciting, it also scares the heck out of me. More so, it signifies a bittersweet end of an awesome writing experience.

Thank you, awesome watt-padders for your readership.

“All I want is to rent the spare room,” Becky said, after taking a soothing sip of coffee.

“All you want?” Crispin mocked, snapping his newspaper in half. “What about what I want? Which is you, gone from here! Doesn’t that count for anything?”

Becky Sparks is a nice, normal girl who refuses to spend her college years living in a lonely, soul destroying dorm, surrounded by people who don’t care enough to ask her name. Bassist Kelley Keele is a Goth with a dark past. He resides at what he and his equally eccentric bandmates, Crispin, and Dorian, like to refer to as the House of Goths.

These two polar opposites literally crash into each other on the first day of class. Mesmerized by his overwhelming persona, Becky feels an instant bond with the scary Goth with red streaks in his hair. So much so that when she spies him putting up an ad for a fourth housemate, Becky jumps at the chance to move in, away from her dreary life at the unfriendly dorm. The problem is… well, she’s a girl and a mundane one at that…